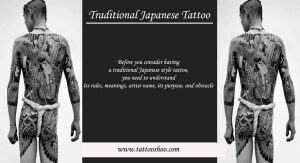 Before you consider having a traditional Japanese style tattoo, you need to understand its rules, meanings, artist name, its purpose, and obstacle. Take a view in the following discussion that will help you a lot to make the best decision. 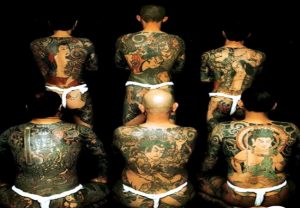 Around the world, Traditional Japanese tattoo is famous because of its easiest recognizable quality. Specifically, the method of Japanese traditional tattoo is to follow the traditional rules for tattooing. And that is the most important fact about this tattoo. The basic rules of this tattoo are given below –

The rules for this tattoo are quite simple but the real meaning of this traditional tattoo is quite unique and inspirable. Do you want to know the real traditional Japanese tattoo design meaning? Continue your reading to learns the details.

Tummy Tuck Tattoo – What Factors Should Take into Consideration?

Usually, Japanese tattoo designs look great in a bigger size. They look better while it covers a large part of the body, for example, the entire chest, back, arm, leg and also full body.

Japanese tiger tattoo is used to represent strength, courage, and longevity. This tattoo looks best in different bright colors. However, the tiger tattoo actually features the head only. 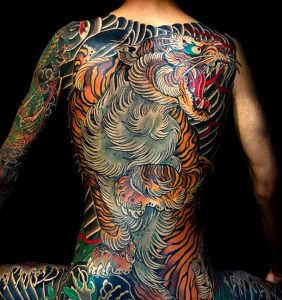 A Japanese dragon tattoo is known as the number one traditional tattoo in Japan. Japanese people believe that the dragon is symbolized for strength, wisdom, a force for good, water, and wind. It also symbolizes for ferocity, wealth, and strength. The main reason for its popularity is that it is considered as the guardians. To learn details about Japanese tattoo you can take a view of this article >> Japanese Dragon Tattoo Designs and Meanings.

When it comes to the tattoo art Japanese mask tattoo becomes the top choice among tattoo lovers. This happens not only in Japan but also in other countries. 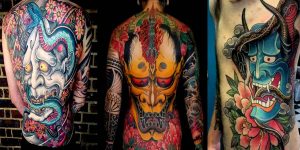 Koi fish tattoo is known as the tattoo icon in Japanese culture. The main reason behind this is that koi fish is native to Japan. The symbol of koi fish stands for inspiration and as a lesson to a person under extreme adversity and struggle. If you have any serious diseases like cancer you can have this tattoo because it will help you to express your struggle against this disease. 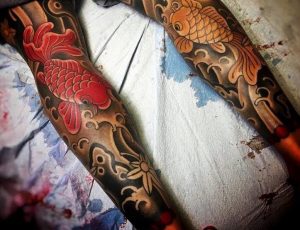 This tattoo basically represents the attributes and traits of the samurai. Usually, this tattoo stands for courage, strength, masculinity, honor, self-discipline, respect, frugality, warrior, life, and death. This tattoo is the best choice for a sleeve tattoo. It is popular as a traditional Japanese tattoo sleeve. These are some best traditional Japanese warrior tattoo. 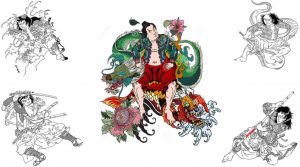 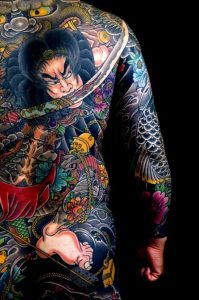 Actually, a flower is used in the tattoo to represent the individual’s positive and brighter side. It also symbolizes for bearer’s character, beliefs, and aspirations. Traditional Japanese cherry blossom tattoo is one of the most popular designs as a flower tattoo. 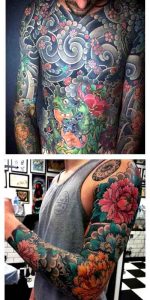 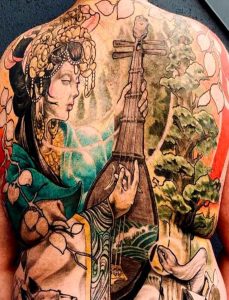 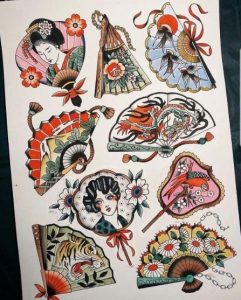 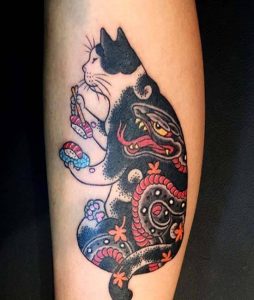 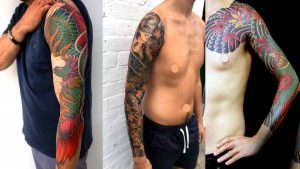 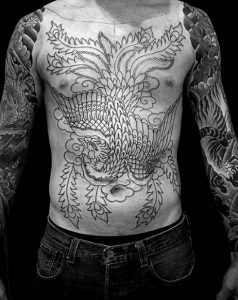 Usually, compared to other tattoo Japanese tattoos are more expensive. The standard price of this tattoo is between $150 to $200 per hour and for simple and small pieces of the tattoo, the cost is $50. Although this price may vary according to the location of the tattoo shop and also a tattoo artist.

Maintenance Tips after Getting a Tattoo

Important Facts about Japanese Tattoo You Should Know

Tummy Tuck Tattoo – What Factors Should Take into Consideration?

To sum up I can suggest that if you have a strong personality and really love traditional reality than traditional Japanese tattoo will be one of the best options for you. Because, this tattoo has proper authenticity, dignity, and original style. Generally, in this modern world for tattoo art, this tattoo has caught the crave of a tattoo fan.

TUMMY TUCK TATTOO – What Factors Should Take into Consideration?