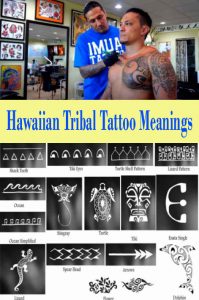 Hawaiian tattoo designs have a different symbol, now the question is that what do Hawaiian symbols mean? 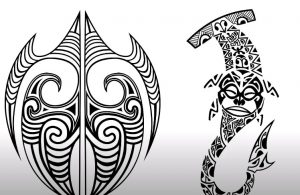 However, the meaning of Hawaiian tribal tattoos is stood for courage, power, achievements, protection and diving blessing. Furthermore, each element of this tattoo has its own meaning and significance. Continue your reading to learn more

Enata – By using symbol and natural element this tattoo basically dignify the bearer’s status island of origin, life history, occupation and so on.

Etua – This symbol is used as a mark to get protection from god.

Lizards – In the culture of Hawaiian lizards had great fear and respect. Actually, lizards are considered a powerful creature who usually can bring both bad and good luck, life and death. It also believed that lizards are also a messenger between gods and humans.

Sea Turtle – Basically, turtles represent longevity, health, rest and peace. It is also believed that they can guide the dead to the afterlife. The symbol of the turtle can be represented in the linear design form.

Dolphin – Polynesian dolphin tattoo meaning basically represents freedom, because dolphin usually dolphin guided the Maori to the promised land to protect them from sea shark. So, this symbol is used as a protection of guidance.

Flower Tattoo – Flower tattoo is one of the best options for tattoo lovers. Hawaiian tattoos flower which basically represents the rare beauty of an individual. There are different flowers each has a different meaning. But some common meanings of all flower stands for beauty, unique, mysterious, kindness, friendship, hospitality, etc. 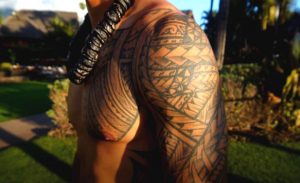 Volcanoes  – It is tropical landscape designs that symbolize Hawaiian elements.

Shark Teeth – This symbol usually stands for strength, protection, and guidance and this is also connected to the idea of adaptability.

Spread heads – It stands for courage in battle and strength. When multiple spread heads point in the same direction, its meanings stand for defeating the enemy.

Stingrays – It is primarily symbolized for protection and the secondary meaning of this tattoo stands for agility, speed, stealth, and gracefulness.

Ocean Waves – As a symbol, ocean waves stands for different meaning like continuity, change, life, and the afterlife.

Tiki – It represents protection and ancestors.

Hawaiian Tribal Tattoos and Meanings According to Placement Ideas

Hawaiian tribal tattoo design meanings also differ according to its placement part on the body.
Gender wise in the human body left is considered as the female part for tattoo placement and right is for males. Placement part for man and women The body placement part for the tattoo also has its own significant meaning. Different placement of the tattoo on the body had all of the following meanings.

Head – It is basically considered as the highest point of the body, the head is related to the following meaning Wisdom, spirituality, knowledge, and intuition.

Arms and Shoulders – Bravery and strength

Hands and Forearms – Ability to make things and creativity

All of these placements can be used for highlighting the meaning of the symbolism that is already present within the designs itself. 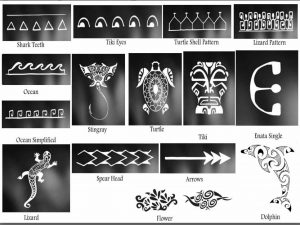 According to the adobe discussion, we already learn that Hawaiian tribal tattoo meanings depend on 2 things

So, if planning to have this tattoo to represent your personality, you must have a good combination of symbolic design and parfect part of your body to place your Hawaiian tattoo. You will also need to remember that you will need a large area for placement tattoo if you choose a more intricate tattoo design. If you don’t want to compromise your tattoo quality you must keep this thing in your mind.

Hopefully, this article helps you a lot to learn details about the meaning of Hawaiian tribal tattoo. Feel free if you have any words to share with us in the comment section below.