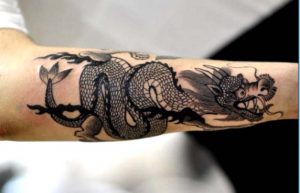 Usually, the word Dragon comes from a Greek word. Actually dragon tattoo meaning depends on certain aspects and also on varies subjects. Continue your reading to learn the details.

Basically, different dragon image has a different meaning. And most importantly the dragon tattoo meaning actually depends on those elements which are incorporated into each design. 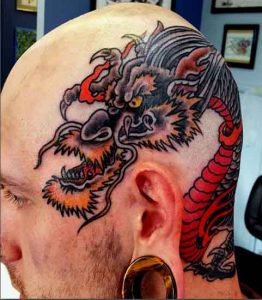 Dragon is usually live in water, so it usually symbolizes the mediation and sub-conscious. It also represents the symbol of strength, masculinity, power and the primal forces of the Universe and nature.

In the European folklore, people have seen the dragon as an evil creature that basically had to be slain by a noble knight.

And in the culture of Asian Dragons are intricately woven.

What makes the Dragon Tattoo Designs so Popular and Relevant?

Actually the boldness look and its colors make this dragon tattoo designs so popular among people. You may find lots of designs and pictures that actually modified into a creative and personal drawing.

Usually, the oriental dragon doesn’t have any wings, on the other hand, the western dragon has a long neck and bat-like wings. Tribal dragon designs basically combine with black and red colors. On the other hand, the Chinese dragon has a huge creature. And that resembles a snake. And you may like Chinese dragon with black color or with various shades of gray.

What with Dragon Tattoo Associated?

Most importantly dragon tattoo is associated with the notion of yin and yang. Because, according to different culture it has both good and bad meanings. 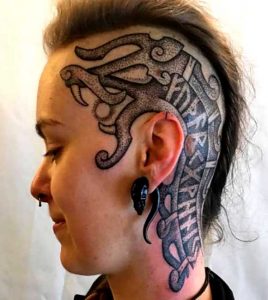 How to take care of a tattoo?

How long does it take to heal the tattoo?

In the culture of the Chinese, the dragon basically represented a positive male principle or yang. They believed that it helps to bring rains in the dry season, fertile lands and protects waters. Basically who gets the Chinese dragon tattoo is supposed to be a strong and just person. Because they believed that dragon can be a protection from any evil thoughts, forces and also can guide a person for justice and power. Different color of Chinese dragon tattoo also have different meaning such as 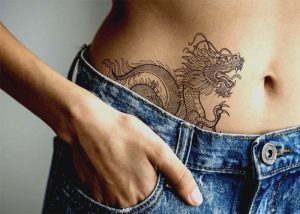 What does a Chinese Dragon Symbolize?

Traditionally Chinese Dragons symbolize auspicious powers and potent, which particularly have control over rainfall, water, hurricane, and foods. Actually, in the Asian culture dragons are one of the most revered creatures. These designs also symbolize strength, wisdom, power, prosperity, longevity and good luck.

Size and Color of Dragon Tattoo

You can have Dragon tattoo designs with different shapes, sizes and colors. Samurai Dragon Tattoo will look better in large size on the other hand yin yang dragon tattoo May look attractive in middle or small size. You may get one color of dragon tattoo, but multi-color dragon tattoo is more gorgeous than one single color. 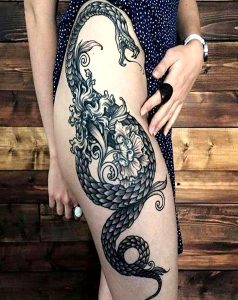 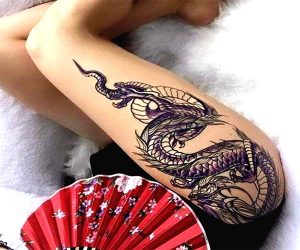 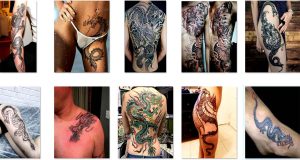 In my final word, I like to say that dragon tattoos will allow you for customization and alternations a feature that makes them very famous. And before getting a dragon image you must know dragon tattoo meaning. You can easily make a dragon tattoo by altering their many features and you will also easily customize their color, shapes, size, body, and wings.

Hopefully, you can get benefited from this article. Through the comment section below you can also share your own opinion. And if you have any suggestion also feel free to share with us.

TUMMY TUCK TATTOO – What Factors Should Take into Consideration?